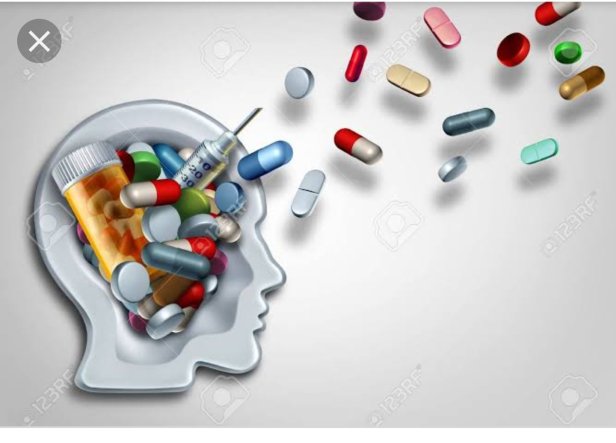 Doctors don’t know everything. As much as some doctors think they do, they actually don’t. I can verify this completely. Let me tell you why.

When you’re new in the medical game, you rely alot on senior help. No matter which department you go into, be it emergency care, surgery or general medicine, you are forced to learn and take directive from those around you. There is just no other way.

Medicine is a team sport. You cannot do it alone. No matter how hard you try or how great you think you are, you will depend on the next person to assist you, guide you and sometimes, even reprimand you. Here lies the challenge.

As you can imagine, it isn’t an easy process. It’s painful and it can get Very messy very quickly. Human beings have an inherent sense of self pride. Many would say doctors more than the general public and I’m not sure why. Maybe it’s the 6 years we spend in undergrad trying to get an MBBCH and then the countless years after if one chooses to specialise. Maybe it’s because we Dedicate most of our youth and life stuck in books acquiring volumes of knowledge that make us feel slightly inflated.

Each case , each human, and each disease is so unique and so complex, it’s astounding. What you think you may know may be completely wrong. And what you may have guessed could turn out to be spot on. You just never know.

Learning is never easy. Especially in medicine where lives are at risk. The responsibility is always hovering above you like a never ending cloud of doom. Growing in medicine is painful, harsh, filled with ridicule and laced with heavy emotion. But it’s VITAL. To be a good doctor, you have to learn, grow, expand, feed off the knowledge of others. Books can only take you so far. After that, you learn from colleagues and patients.

I don’t consider myself to be an egotistical or pompous person (yet). I also don’t have any problems learning from those around me. In fact, I enjoy it. But some people don’t. And it’s very evident.

I remember a gentleman I once met who struggled with taking directive from a senior, which is what medicine is built on. He just could not accept the fact that someone was more knowledgeable than him and had the authority to direct him. I don’t know if it had anything to do with his male gender and 1.8m tall frame and the senior being a female, but The guy could just not take orders gracefully. This became a problem very quickly because we were paired to work together and run a medical ward of 40 patients.

The guy would just not listen. To anyone. At all.

The moment the senior would give an order, he would spend at least 5 minutes debating the task and raving his hormones all over the place, 10 minutes pissing the senior off, 5 minutes venting and explaining to me why he wouldn’t be doing it, which ofcourse left me with half of the time and double of the work and a pissed off boss. Needless to say, I was heavily annoyed. And Not only because it had overburdened my workload while he sulked in the corner. But because it left me running around like a headless chicken leaving unfinished work for the next day and lengthening patients stay unnecessarily. This went on for close to a month. I was fed up.

Suprising thing is he would always look busy doing the wrong things. Investigations that the senior never ordered to enable her to make the decisions the next day. So come the next day, nothing on his side of the ward is done and all the responsibility shifts to me. One particular situation stands out which tipped me over the edge.

The senior doctor had specifically ordered a lumbar puncture to be done on a patient who exhibited clear signs of meningitis. There were no throttling contradictions and it seemed like a cut and dry kind of case. The morning round came and we huddled around the patient.

“Hows the CSF results? ” she asked.

“What CSF results?” He asked blindly.

“Intern, i asked for a lumbar puncture on this patient. If you do not produce the results in the next 10 seconds, get the hell out of my ward”.

” Well actually doctor I chose not to do the lumbar puncture because I don’t think this is a meningitis. I have however booked a CT scan for this patient. “. He looked smug.

As expected, she lost it.

“WHAT! What your very small mind perceives to be right is completely irrelevant to me and to the health of this patient. I asked for a lumbar puncture for a reason. You have no authority to override my orders on the basis of nonsense. Get the hell out of my ward. NOW”. she walked away. I followed.

I wasn’t surprised. I was just dreading all the work coming my way.

His face changed to a mild hue of red as if he expected a pat on the back for going against direct orders from a senior. He seemed genuinely shocked and flabbergasted. He tried to petition but she wasn’t having any of it. She pointed toward the door and nudged security his way. He left.

The next few week’s were tough. I was overwhelmed with work but i managed to pull through. The wards were exceptionally busy and i had bookloads of things to do.

Time went on and we moved to the next rotation. He was not signed off from the previous block so he would have to repeat 4 months of general medicine, Obviously.

We met at the next block of Paediatrics, and he waved my way. I flat out ignored him.

The head of department began announcing our daily duty roster and when he said my surname and this particular guys name in the same sentence, i cringed.

I was in for the longest 4 months of my life.