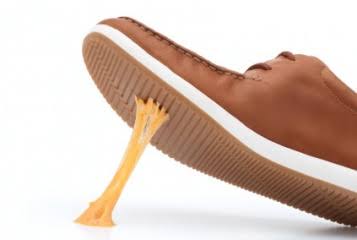 As Dr House would say “Patients always lie”. Whether it’s the diabetic who lied about eating a loaf of white bread and 3 sugars in her tea before looking genuinely confused about why her sugar seems to be 20 this morning, or the gentleman with a skyrocketed BP of 200/180 about taking his medication compliantly.

But what Dr House failed to mention is that doctors lie too, all in good faith of course.you see Its generally an unspoken rule that the registrar man’s the floor on call with the intern while the consultant is called only when needed.

The fine line between when to bother the consultant and when to try heroic tactics is where the problem lies. The last thing a registrar needs is having the consultant whom you were supposed to be working closely with, look genuinely shocked about the events that transpired the night before. The moment your own consultant hacks you to mince meat when discovering you didn’t ring him for help and the look of satisfaction of everyone else.

Most of the consultants whom I have encountered have always been very hands on. Trotted along at 3am for a stabbed abdomen , peeved but present. I could never understand why some registrars considered it a blow to their own knowledge when help was needed. After all, experience is priceless.

A registrar i once worked with found himself in a sticky situation. A bullet had traversed the abdomen leaving a neatly rounded wound in the left iliac fossa. It was obviously cosily settled in the bowel. The gentleman was stable under the circumstances. He was annoyed to find he needed surgery especially since he had just opened his slap chips with extra vinegar. In a surgery department if your patient is well enough to argue with you, you consider yourself lucky and we did.

We were prepped for OT and scrubbed up obediently. Pretty soon the registrar was searching for the rogue bullet but all we found was blood. Litres at time. After rinsing numerous times it had finally occurred to him that he may be in trouble.

There lay the bowel resting in pieces and not in peace. The left kidney was also  unhappy and was sheared to threads with a thick clot covering the retrospectives space gluing the cavity together.

Turns out the bullet made a detour to the kidney and wrecked absolute havock before returning to its bowel.

“He might need a nephrectomy” my registrar said to himself. Now shuffling.

“Probably more than possibly” I concurred.

“Yes. I’ve never done one before” stammered my registrar.

“I can unscrub and call prof ” I said already de-gloving.

This is when we both knew we were in trouble. I somehow in the back of my mind wished we were stuck in a kitchen instead, solving the dilemma with the help of you tube.

Its a funny thing how without confidence in your surgical skill, the worst is bound to happen . Yet the moment you open the abdomen, it can be a very lonely place. Sometimes filled with self doubt; a registrars worst nightmare.

How I knew we were deep in the boots os when we heard a small squeak from behind the drapes. The anaethetist had risen from his cross word puzzle.

“Er must i call prof?” Obviously indicating his blood volume lost was on the rise.

My registrar jumped up and responded to the urgency of the hint.

“Call Prof now. Tell him the abdomen is open. Kidney is shot”

Pretty soon prof walked in guns blazing. Turns out he was at a funeral when he was called in but by the looks of things he didn’t mind.

He tore of his suit and began scrubbing in.

“Person cant even die in peace without an abdomen being shot” my registrar tried to lighten the mood.

“Yes well unfortunately the night belongs to surgeons, prostitutes and the dead!”

I laughed out loud.