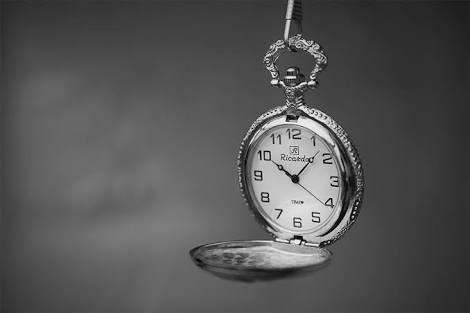 Let me set the scene for you. A 22 year old male riding on his motorbike (coffin on wheels) proceeds to ride through a green robot. A huge ford ranger bakkie with unnecessary extra steel padding and bullbars welded onto the gigantic monstrosity proceeds to drive through a red robot pummeling the motorbike rider in one swift but lethal knock. Metal to skin.

Blood stained tarr and flesh intertwined lie raw on the road. Us, a mere mortal registrar and an entry level intern against the disastrous occurrence. Absolutely no match indeed.

We stood at the foothills of casualty and watched as the ambulance grinded to a sudden stop and ejected the gentleman who I was certain was being wheeled to the morgue. But why was there a tube sticking out of his mouth? Surely no human could survive a strike of that magnitude.

Against all odds, there was a pulse and breath sounds. The way his chest heaved against the weight of his ribs was worrying and unnatural. We looked at each other with worrying stares.

The paramedic announced he had lost an estimated 2 litres of blood which was evident through the red hues of the ambulance floor.

His BP was hanging on by a thread and his heart was pounding to maintain an adequate output, but it was tired and we could see.

It was obvious he had a serious head injury and as serious as that was, it was the least of his problems. His abdomen was the real culprit. In a petite young man, his abdomen had swelled up enough to accommodate 2 fully grown watermelons. There was clearly a bleed which was draining his remaining blood volume and emptying it into a dead space.

Pretty soon his BP was tanking and we were panicking. I guess we knew from the get-go that the morbidity of the situation was far beyond our reach yet he was young and we had to do something, try, put up a fight to grim reality that was inevitably to be.

After a speedy assessment by the registrar he screeched in true team leadership style pointing directly at my forehead. “You 3 lines up! You order 4 units of blood! You phone theatre and tell them we have a blunt abdominal trauma! You, put up a catheter and pull bloods!”

I looked at him blankly. “Er you’ve just addressed me as 4 different people but surely you know it’s just me here? Just 1 person?” I queried

He answered confused as though he was expecting a crew to arrive “Yes im just announcing what needs to be done, its just me and you so let’s go!”

I thought he had lost his marbles as he addressed his imaginary team but I gave him the benefit of the doubt and got cracking. The damage was indeed bad. The young gentleman was unrecognizable as his entire face had doubled in size. He seemed to be leaking cellular fluids true to trauma patients trajectory.

We donned our game faces and managed to acquire a theatre in 20minutes flat thanks to an extra squeeze of the adrenals. We pushed the patient ourselves through empty corridors hurrying as our time dripped by.

I peeled off my filthy blood stained scrubs and I veiled myself in the Holy green theatre greens. I saw my registrar standing awaiting the anaesthetic to be carried out.

The anaethetist had quite a task ahead. BPs on the decline, pulse up the ceiling and lungs who were drowning in blood. An anaesthetic nightmare.

The moment before we stepped in my registrar said something I will never forget.

“Moosa isnt it strange how all that we are and ever will be lies soley in the functioning of our fragile body? One blow and its over. K.O. “

He took a moment and stared at the floor.

The full effect of the statement only hit me years later when I reminisced during a solo resuscitation similar to the one we encountered.

I thought how difficult a surgeons job may often be. Disassociating the biology from the humanity. Avoiding the bigger picture to prevent emotional tainting of the surgical task at hand. Focusing 100 percent on finding a bleed and arresting it and saving a life.

The moment you allow your mind to wander… Who’s son is this? What was he like? Did he laugh at simple jokes? Was he a brother? Is the moment you will break.

The skin was opened in a hurry. The moment we reached the distended peritoneum, we took a moment to admire the reflection of blood so bold behind the shimmer.

The tip of the blade needed only to touch the peritoneum, and the force of the blood forced us back a step while it erupted into the floor. If any person had seen this, one would know we were fighting for a life.

Swabs upon swabs were packed and yet the bleeding still emerged in the back drop of the ventilator machine alarms. All we could see, smell and feel was blood. The units of packed donor blood that I noticed put of the periphery of my eye, being hung by the anaethetist was on the floor in no time. We soldiered through until my registrar extracted a piece of liver and held it closer to inspect. The entire liver was shattered and the spleen no better.

We managed to do damage control with just enough blood left for him to maintain the bare minimum BP. The anaethetist was relieved when the registrar ordered him to be transfered to ICU.

The moment we packed the abdomen and realised the grim reality, i felt a wave of sadness and choke fill up my lungs. The tragedy that had unfolded between my eyes and hands felt so inappropriate. I swallowed my tears. We avoided eye contact and I’d imagine he felt the same.

We fought bravely for the fellow human yet once again we came up short. We sat at his ICU bed and allowed his internals to recover from the hacking we had just did.

The ICU anaethetist was left shuffling to extract bits and pieces of the lifelessness that lay before her. We had felt bad somehow for dragging her into the witnessing of such a futililty, but what choice did we have. None.

I emerged the next morning after a few appendix removals and amputations with the unsavoury air still lingering in theatre, to find his ICU bed empty and clean. Always a bad sign.

His heart had given in at 3 45am. And he was safely resting in the otherworld. Despite the expected events I found myself sadder than before. A young man without time on his side.

The grim reaper once again a Victor and the sadness we bore , a testament. I ached for his family, his friends, his people.

And i ached for the surgeon. Although there’s nothing anyone could have done differently and we had done all we could and more, he exhibiting skill and timeous precision, there lay Another.

A moment. That’s all it took to end a life.